Turtles’ day in Italy the 13rd of August 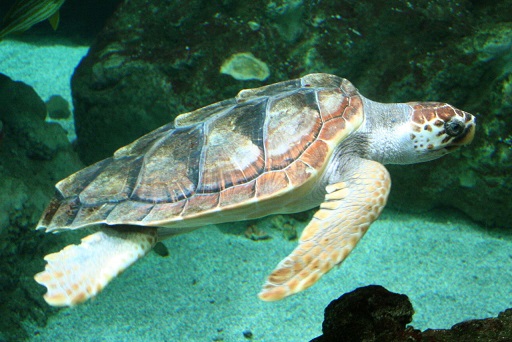 The 13rd of August is the 'Tartaday' in Italy, the day when the sea turtles (Caretta caretta species) are celebrated: for this species, as for others, the months of lockdown have meant a 'rebirth' with extraordinary nesting.

According to Legambiente, the most important Italian environmental association, 160 sites have been identified on Italian beaches where Caretta Caretta eggs will hatch: Sicily, Calabria and Campania the most popular regions. The balance is still provisional because the nesting of 'mother turtles' will continue for a few more days, but the number of nests found in recent years has already been greatly exceeded.

Another reason for this extraordinary reproduction, besides lockdowon, could also be climate change, which has led to an increase in temperatures.

The magic happens during the nesting and then at the time of hatching: following the rhythm of nature 'mother turtle', during the night, comes out of the water going up the shore to head towards the beach choosing the point where to dig a hole and lay the eggs. These will hatch over the next 45-60 days.

It is important to preserve the place of hatching, to prevent the nests from being trampled. There are many scientific and environmental organisations involved in monitoring and securing the nests, including the 'Turtleteams' of Legambiente. Given the proliferation of nests this year, the task of the volunteers was to explain to tourists what was the reason for the presence of small fences that appeared on the beaches, to avoid the destruction of the eggs.

However, the Caretta caretta species remains at risk of extinction: it is estimated that every year, in the Mediterranean Sea alone, over 40.000 specimens die due to accidents with boats, trapped in fishing nets, entangled in hooks and ingesting plastic mistaken for food.

Legambiente allows people to symbolically adopt a sea turtle among those treated and released into the wild in the recovery centers, where volunteers and expert veterinarians deal with the recovery of turtles in difficulty at sea, also involving the fishing community, which gives a great contribution in bringing back to the mainland many specimens accidentally captured.