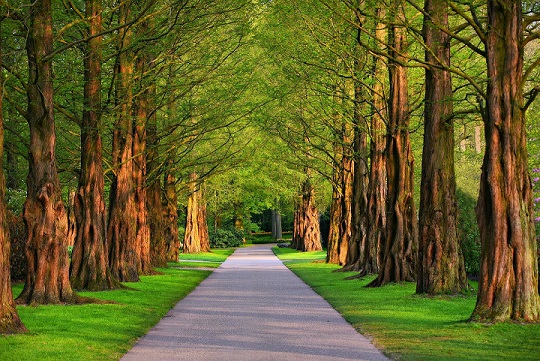 The Municipal Park of Naoussa is the first Historical Park of Greece which became part of the European Historic Gardens Route.

As the Municipality of Naoussa points out, this can be an excellent trigger for the international promotion of an important element of the country's cultural heritage. At the same time, it creates the possibility of networking and cooperation with corresponding bodies abroad.

The management of the Route is the European Route of Historic Gardens network. It is a non-profit association based in Spain and members in six countries: Germany, Georgia, Spain, Italy, Poland and Portugal. The main purpose of the Union is to raise awareness, knowledge and respect for historic gardens, as defined by the International Committee of Historic Gardens ICOMOS - IFLA in the Charter of Florence. The members of the network have been registered as Properties of Cultural Interest and some of them are even recognized as World Heritage by UNESCO, as stated in a relevant announcement by the Municipality of Naoussa.

Read the article (in Greece) here.