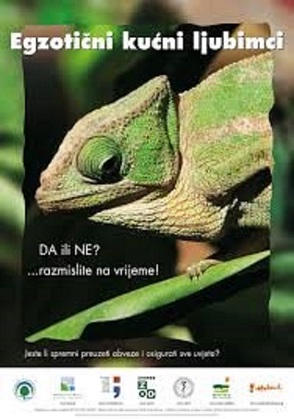 The Ministry of Economy and Sustainable Development of the Republic of Croatia has developed a smartphone application “Invasive Alien Species in Croatia” that will help citizens to capture and share information about invasive alien species in Croatia.

The smartphone application “Invasive Alien Species in Croatia”  was developed within the project Establishment of a national system for monitoring invasive alien species and it is co-financed from the Cohesion Fund by the European Union. The total value of the project is  about 15 million HRK, of which 12.9 million HRK is a grant.

Invasive alien species, with its habitat loss, direct wildlife exploitation, climate change and pollution, are one of the most important threats to biodiversity. More than 600 foreign plants and about 300 foreign animals have already been recorded in Croatia, and foreign species of fungi and other organisms have also been observed. It is estimated that 10 to 15 percent of them are invasive.

Citizens are invited if they notice foreign species in nature, such as the pajasen or giant pig weed, small Indian mongoose, sunfish, red-eared turtle, signal crab or bar nutria to report it via this smartphone application. Data on the prevalence of invasive alien species are important for managing, i.e. reducing their negative impact on biodiversity and related ecosystem services. Reporting the findings of alien species will contribute to their early discovery and preservation of Croatian nature.